5G: Everything you need to know about the wireless revolution 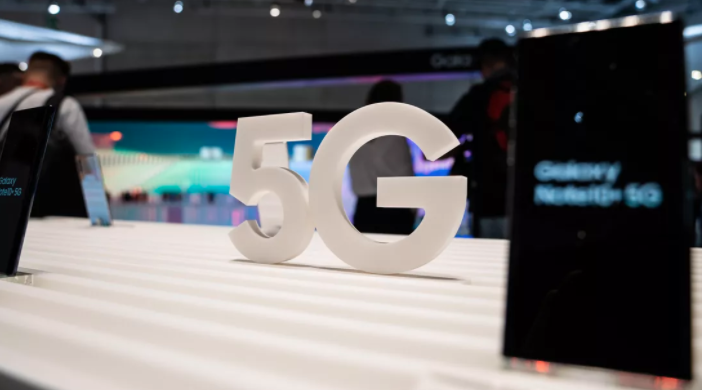 A big boost in speed and responsiveness is just the tip of the iceberg for the next-generation cellular technology being rolled out now.

After years of hype and a bumpy first year of launches, carrier 5G networks are here. The technology is supposed to change your life with its revolutionary speed and responsiveness. But before we get into that, it’s important to understand what it is, when and how it will affect you, and how to distinguish between (the still growing) hype and reality.

Last summer, CNET held a massive speed test of 5G networks around the world, spanning from Chicago to London to Sydney to Seoul. The results were a mix of ludicrous speeds, but limited range and spotty coverage. Conversely, you would see wider coverage with a modest bump in speed. You also saw devices like the Samsung Galaxy S10 5G roll out. The early generation of 5G phones boasted impressive speeds at times, but we cautioned against buying them because of compatibility issues and other problems that arise with new technology.

Things are certainly getting better — carriers continue to expand 5G coverage into more cities, and new devices compatible with multiple networks are coming out. But just how quickly that life-changing aspect of 5G will arrive remains up in the air. That’s exacerbated by the novel coronavirus, which has locked down millions around the world, potentially slowing the 5G rollout and dampening consumer enthusiasm for pricey new devices, even with those stimulus checks.

All this means 5G is slowly inching from years of promises — ever since Verizon talked about moving into the area four and a half years ago to AT&T kicking off the first official mobile network at the end of 2018 and T-Mobile going nationwide in December — to becoming reality for more than a handful of early adopters. Beyond a big speed boost, 5G has been referred to as foundational tech that’ll supercharge areas like self-driving cars, virtual and augmented reality and telemedicine services such as remote surgery. It will eventually connect everything from farming equipment to security cameras and, of course, your smartphone.

But what exactly is 5G? Why are people so excited? The following is a breakdown of why the next generation of wireless technology is more than just a boost in speed. (If you’re really interested, check out our glossary of 5G terms.)

It’s the next (fifth) generation of cellular technology, and it promises to greatly enhance the speed, coverage and responsiveness of wireless networks. How fast are we talking? Carriers like Verizon and AT&T have shown speeds surging past 1 gigabit per second.

That’s 10 to 100 times speedier than your typical cellular connection, and even faster than anything you can get with a physical fiber-optic cable going into your house. (In optimal conditions, you’ll be able to download a season’s worth of Stranger Things in seconds.)

Is it just about speed?

No! One of the key benefits is something called low latency. You’ll hear this term a lot. Latency is the response time between when you click on a link or start streaming a video on your phone, which sends the request up to the network, and when the network responds, delivering you the website or playing your video.

That lag time can last around 20 milliseconds with current networks. It doesn’t seem like much, but with 5G, that latency gets reduced to as little as 1 millisecond, or about the time it takes for a flash on a normal camera.

That responsiveness is critical for things like playing an intense video game in virtual reality or for a surgeon in New York to control a pair of robotic arms performing a procedure in San Francisco. You know that little lag when you’re on a Zoom video conference call? 5G will help eliminate some of those awkward, “Sorry, you go ahead” moments after people talk over each other. That lag time won’t completely go away, especially if you’re communicating with someone halfway around the world. The distance matters, since that info still has to travel there and back.

But a virtually lag-free connection means self-driving cars have a way to communicate with each other in real time — assuming there’s enough 5G coverage to connect those vehicles.

Are there other benefits?

The 5G network is designed to connect a far greater number of devices than a traditional cellular network does. That internet of things trend you keep hearing about? 5G can power multiple devices around you, whether it’s a dog collar or a refrigerator.

In addition, the 5G network was built to handle gear used by businesses, such as farm equipment or ATMs, and can adjust for differing needs. For example, some products like sensors for farming equipment don’t need a constant connection. Those kinds of low-power scanners are intended to work on the same battery for 10 years and still be able to periodically send data.