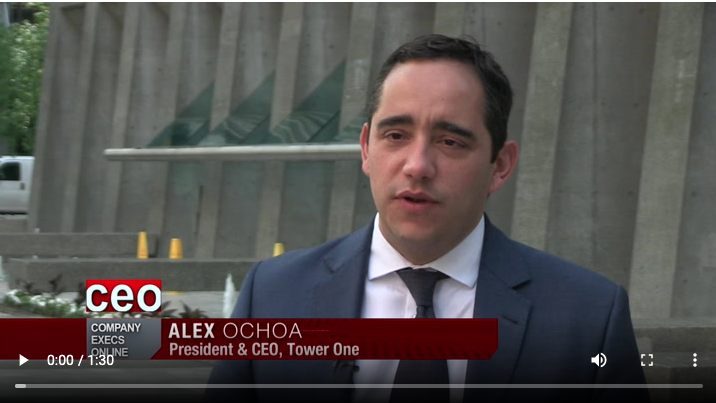 Alex Ochoa, President and CEO of Tower One Wireless, on the company’s infrastructure in South America and their plans to expand into Latin America.

(Video Link) My background has been investment banking into Latin America for the last 18 years with a focus in natural resources and telecom infrastructure.Tower One Wireless is focused today on telecom infrastructure, basically the construction of cellular towers in each of the countries we’re active in.We lease our towers for 10 to 20 year contracts to these mobile network operators.

The future plans for Tower One Wireless is to expand into all countries in Latin America where we basically have the same business model and about 50 percent of same clients when we change from one country to another.

About Tower One Wireless

Tower One Wireless was founded in 2015 with a mission to own and operate high-quality cellular network infrastructure sites in South American markets that are experiencing strong usage growth.Focuses primarily on building towers in municipalities where there is limited or no cellular coverage.Currently focused on 4G LTE infrastructure expansion in Colombia and will look to open other territories to enhance coverage.The company believes in a triple bottom line. The triple bottom line consists of social equity, economic, and environmental factors.“People, planet and profit” succinctly describes the Triple bottom line and the goal of sustainability.For more information on Tower One Wireless (TO.CN) please fill out the form below. ​