Chris Bannister, the mind behind WOM the new operator in Colombia 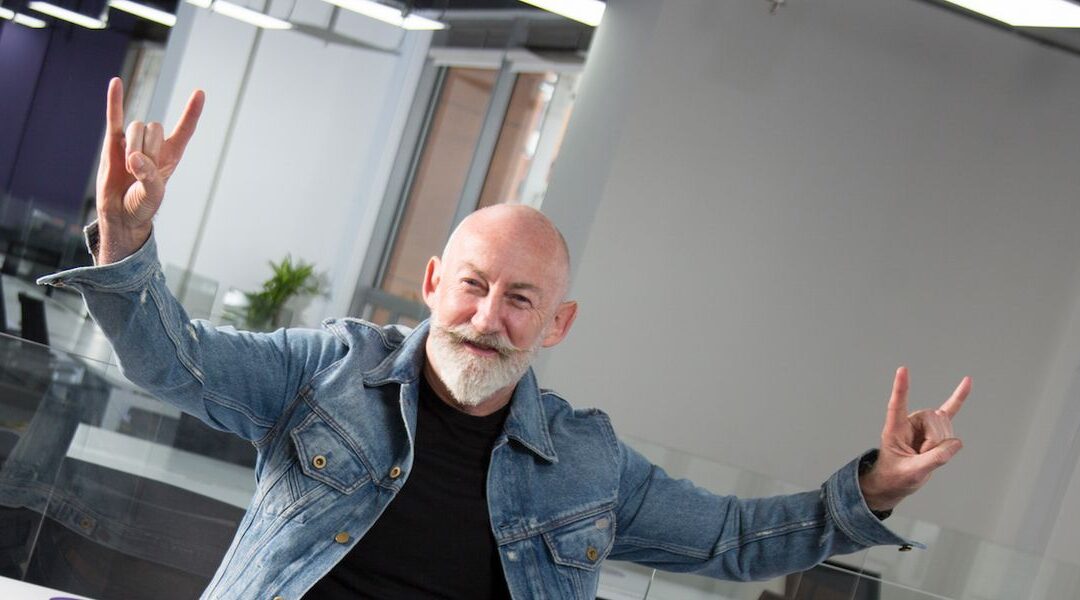 For about two months, Colombia has had a new mobile operator, it is WOM that launched its brand and whose existence is possible after the frequency auction that occurred in December 2019. The company won frequencies in the auction under the name of Partners, as in Chile, and is owned by the Novator group.

We spoke with Chris Bannister, a British man who serves as CEO of the company and who put a great challenge to his competitors by lowering the prices of cell phone plans, in addition to the strategy to bring connectivity to the most remote regions of the country.

In a time like the pandemic, what did WOM see in our country to open the market?

We made the decision to arrive in the country before the pandemic, we really arrived with the 2019 spectrum auction so the decision was made in November of that same year. The decision was really because Colombia fit our business model and the country had quite high prices and low service levels, with 20 million Colombians without access to 4G. We identified the opportunity to arrive understanding that the market adjusted to that business model.

How have you seen the market behavior?

If we take into account that 80% of the market is still prepaid, we hope over time to change the ratio between prepaid and postpaid, as happened in countries such as Poland and Chile, we present the market with a long-term benefit, and that is that the People who make a recharge with only 1000 pesos, have the possibility of using WhatsApp unlimited throughout the year with all the functionalities and calls of our operator for free throughout the year.

What are the company’s plans for 5G connectivity in the country?

I am really a faithful believer in technology, I had the opportunity to launch the first 3G network in the world, I think it was long before you can agree, but I really believe that in Colombia we have to achieve 4G connectivity first.

There are 20 million Colombians who still do not have 4G connectivity, many who are not connected, so really in order to get to 5G we first have to cover that gap.

The issue of customer service is one of the most criticized aspects in the operators, how do you do it to make a difference?

With our arrival in Colombia, this is really one of the fundamental pillars, during the last two months, and after our launch we have not been at the level we should be, clearly the launch of the entire operation, and the success of the market. , had some aspects, especially some logistics, in which we presented some difficulties, but we have really made rapid progress, and we hope during this year to be working on our service levels to reach that level at which we want to be, especially because we recognize that this is one of the greatest pains and needs for Colombians.

We have a long way to go, currently 2000 people who are being trained in different processes, and that represents quite a few challenges added to the beginning of the company’s operation.

What is the number of jobs they created in the country?

When we talk about direct people, or employees who are on payroll, to be exact it is 1830 at the moment, and let’s say that the interesting thing there is that we have all levels, from engineers, to entry jobs for young people, for example, that they are within our direct payroll.

The other way of looking at it is the indirect employees that we estimate we have generated around 5000 in the last year, and basically how we see these indirect jobs is in the construction of our base stations, approximately we are needing 10 for each base station; on the other hand, all the logistics equipment, which generates indirect jobs; and on the other hand there is everything related to Call Center who are also indirect employees.

Are there some regions they need to work in to be able to reach out with the service?

Normally we have 4G coverage in the main cities and their metropolitan areas, we can say that through national agreements we are reaching all the municipalities of Colombia with 3G connectivity, that this is something that allows regulation here in Colombia.

We had 281 stations for almost a month in the port of Buenaventura waiting to leave and obviously due to the difficulties of blockades and others it had been possible, fortunately all this week we are already in facilities and with that we hope to increase the base of stations we have at this time installed.

Another important issue to mention in connectivity issues that are part of our deployment is the c of rural areas. That was a commitment we made with the national government in the 2019 spectrum auction, and that is for 674 communities in rural areas to be connected for the first time in a 12-month period.

And I have to say, quite pleased, that we managed to fulfill those commitments, we have already connected 525 communities in 24 departments of the national territory, and the number that we have pending is really due to public order issues.