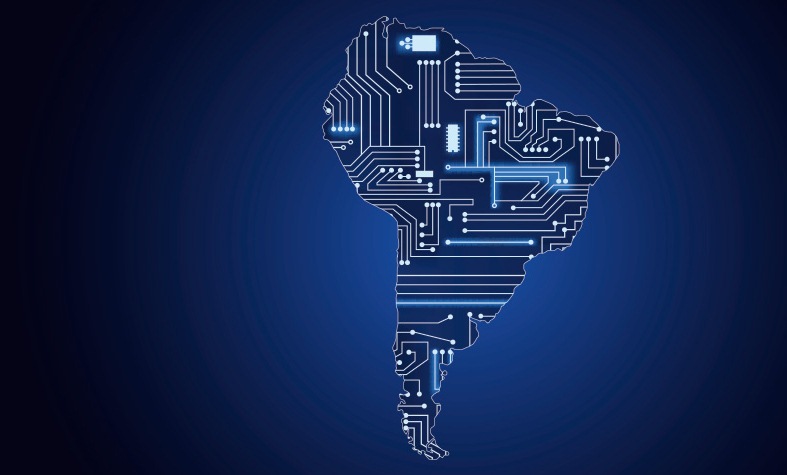 5G networks could light up in Latin America sooner than anticipated as the wireless technology is expected to catapult enterprises into the fourth industrial revolution.

Deployment in Latin America “will happen in 2020-21,” Erik Ekudden, head of GF technology and CTO at Swedish manufacturer Ericsson, told BNamericas during a visit to the manufacturer’s headquarters in Kista.

According to the CTO, Ericsson is working with at least five countries – Mexico, Chile, Argentina, Colombia and Puerto Rico – that already have some type of 5G to launch a network.

Ericsson claims to be at the top of the 5G race. The company closed 2019 with 24 active 5G networks and 78 agreements with commercial operators in 14 countries, according to the company’s last quarterly report.

However, the system manufacturer and operator has not launched a single 5G network in Latin America yet, as it is focusing on China, where it is yet to launch its first network, and the US, where it has four live 5G networks and is planning to open a new factory in Texas during the first quarter of 2020.

“We have a lot of important customers in Latin America and manufacturing as well. It is an area that is very well-positioned for 5G although they are having a low deployment of 5G in comparison to the rest of the world,” Ericsson’s executive vice-president and head of business area network, Fredrik Jejdling, said.

Even though the executive did not disclose how many contracts the company is pursuing in the region, he mentioned that the corporation’s global strategy was “to develop and sell the technology in all markets no matter where they are” and to adjust to their political restrictions.

“I believe we are competitive, there is no doubt about that. This is a very competitive environment…it’s up to the customers to determine the value of technology,” he said.

In 2017, Ericsson and Movistar tested 5G systems in Argentina. A year later, the Swedish manufacturer and Telefónica Telecom demonstrated a 5G data transfer of 27Gb/s in Colombia.

In December 2018, Ericsson closed a deal with Tigo to modernize Honduras’ radio network and to include “the provision of a 5G-ready multi-standard network” and to “expand Tigo’s existing network [in Paraguay] and modernize the existing 2G/3G and 4G sites, making the network the best fit for Tigo to deliver 5G and IoT services in the future.”

According to Ookla 5G Map, the only commercial 5G network so far in Latin America is operated by Antel in Uruguay, which has the fastest LTE networks, and with most coverage, in the region.

The 5G network tracker also identified another network in Suriname and three in Trinidad and Tobago, but with only limited coverage.

Yet, in Argentina, Brazil, Bolivia, Peru and Ecuador are at least nine pre-released networks in either the test phase or for which infrastructure is being installed. 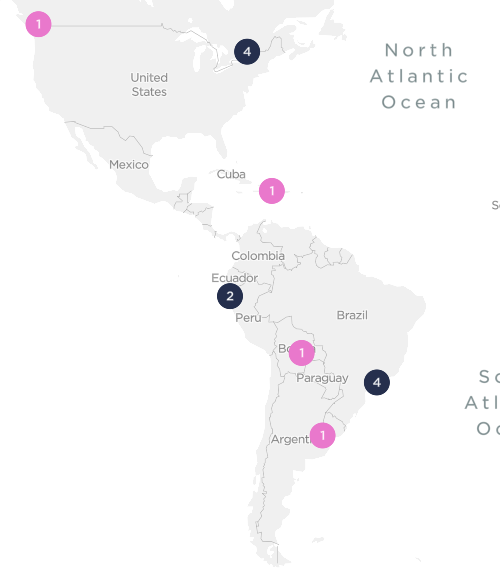 Additionally, at least 30 5G tests were run in 12 Latin American countries, according to the 5G Americas organization. Most of these trials took place during the third quarter of 2019 to demonstrate the use of eMBB in smartphones, augmented reality sessions, Internet of Things (IoT) applications for the industry and smart cities, health and wireless fixed broadband.

Although 5G is being promoted as an advanced system for connecting mobile devices thanks to its extremely high-frequency spectrum that is divided into millimeter waves, mid-band and low-band, the real reason why the technology is being associated with both the health and automotive industries is that only 5G would provide industries with reliable wireless connectivity.

Industries presumed that “if you are going to build stable and reliable communication, then you are going to install cables. They did not dare to go wireless,” Erik Josefsson (pictured below), Ericsson’s head of advanced industries, said. 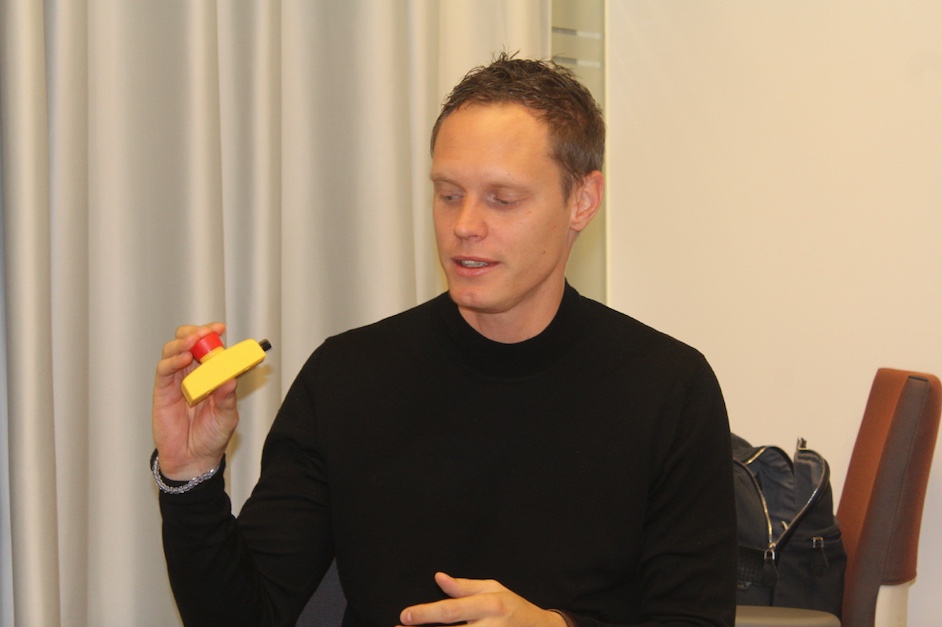 For example, an emergency stop button for mining industries “is the toughest thing to do wireless because do you dare to go wireless in case of any type of latency or capacity? What if it just doesn’t work? It has to stop, so you have to have realistic and reliable communications,” he said, adding that 5G could offer those solutions.

Josefsson also explained that 5G is more reliable because it is a licensed spectrum, meaning that unlike wifi and bluetooth (unlicensed) the fifth generation of wireless technology will not crash due to excessive usage.

Other examples of advanced industries’ products include AI robots (pictured below) that perform problem-solving solutions and which Ericsson has developed together with ABB. But the wide range of solutions that 5G will offer to enterprises is enormous and would amount to the fourth industrial revolution.

Ericsson also works alongside am educational program at KTH Royal Institute of Technology, Sweden, to develop autonomous vehicle technology. The head of that program, PhD candidate Frank Giang, told BNamericas that 5G networks need to be deployed before starting massive commercialization, especially to ensure the first stages of vehicle autonomy. 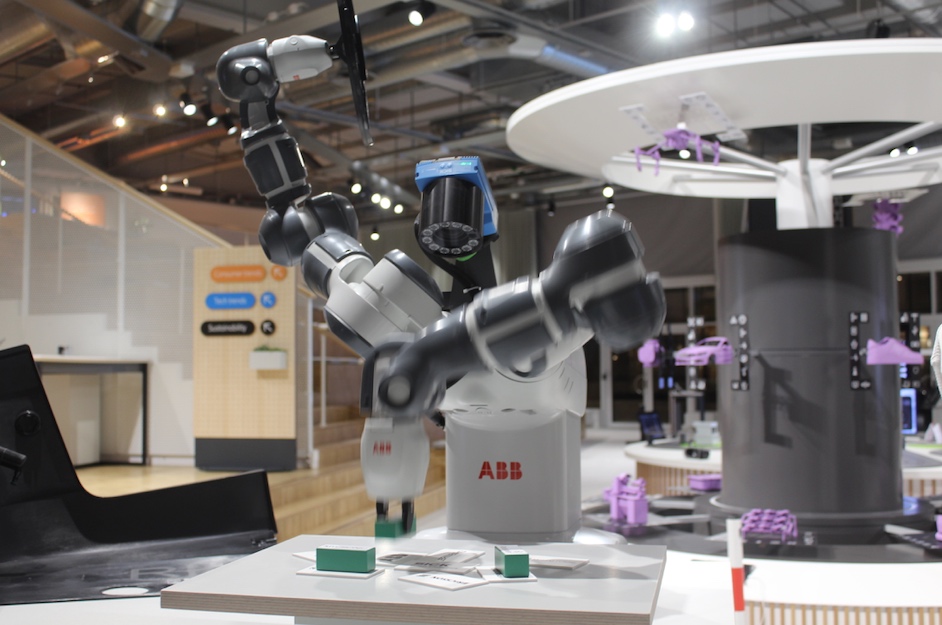 “There are areas where mobile technology is so much better than the local technology, such as wifi. In fact [5G] is throwing out wifi and it’s throwing out cable because that is not cost-efficient and it’s not good enough,” Ericsson’s CTO Erik Ekudden said.

“For the first time we are not building a system that handles smartphones optimally only, we are building a system that takes these enterprise or industry needs almost from the start. So many of these cases will enhance performance significantly for them to do more than what they already do with 4G,” he said.

Ericsson, like some of its competitors, has been working in the perfection of its technology for almost a decade. Since 2015, the Swedish manufacturer adapted all its 4G networks so they could turn into 5G with a software update when the technology is launched.

Thus it claims to have everything needed to begin installing and operating 5G networks worldwide, even with the assistance of AI. But the spread of such networks can only happen with the release of more spectrum and favorable regulations by governments.

“We are not seeing commercial roll out for all these business cases at the same time and the same place. Every region in every country has its sweet spot where they would like to start,” Ekudden said.

“Some countries are not being aggressive enough in terms of commitment to investment in 5G infrastructure…If you want to use [this technology] for enterprises, you have to have 5G coverage deployed where the industries are available,” he said, adding countries that don’t tax telecommunications too much and lower spectrum cost will have 5G networks sooner than others.

Last year, Ericsson published a study about Latin American’s goals in the infrastructure, investment and public policies to sketch out the best possible digital scenario in 10 years.

Despite intense US pressure, Prime Minister Boris Johnson announced on January 28 that the UK will not ban Huawei equipment.

However, the British government has made some adjustments to telecommunications regulations that could, in part, benefit other European manufacturers like Ericsson and Nokia.

While the UK will allow “high-risk vendors” like Huawei to still supply equipment for 5G network infrastructure, the Chinese company will be limited by a market share cap of 35%.

The cap, which will be placed until 2023, will force European network suppliers to restructure their operations for the next years, as mobile operators such as BT, Vodafone and Three will have to buy form regional 5G network manufacturers. 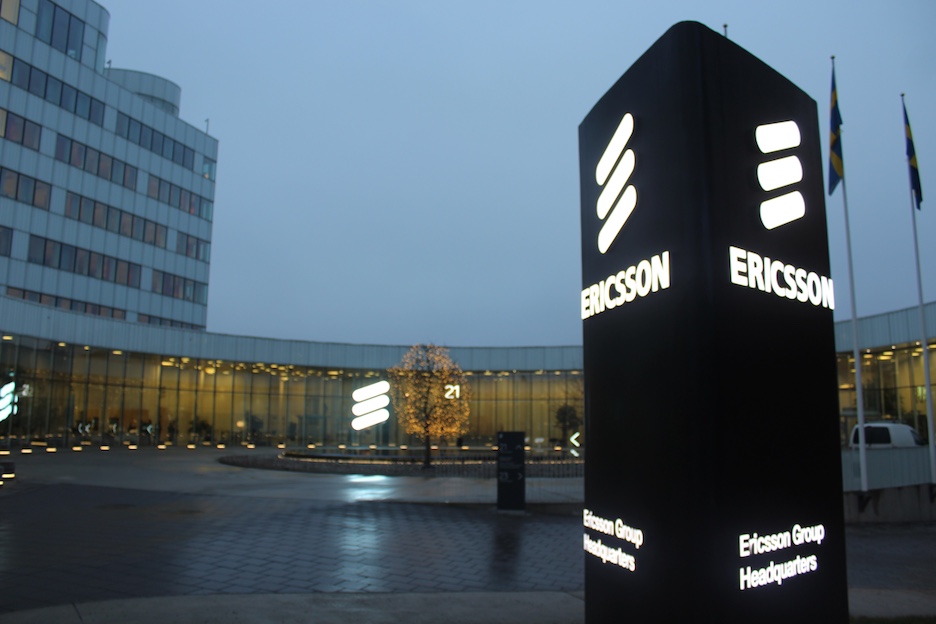