Where Is 5G Available in the US? 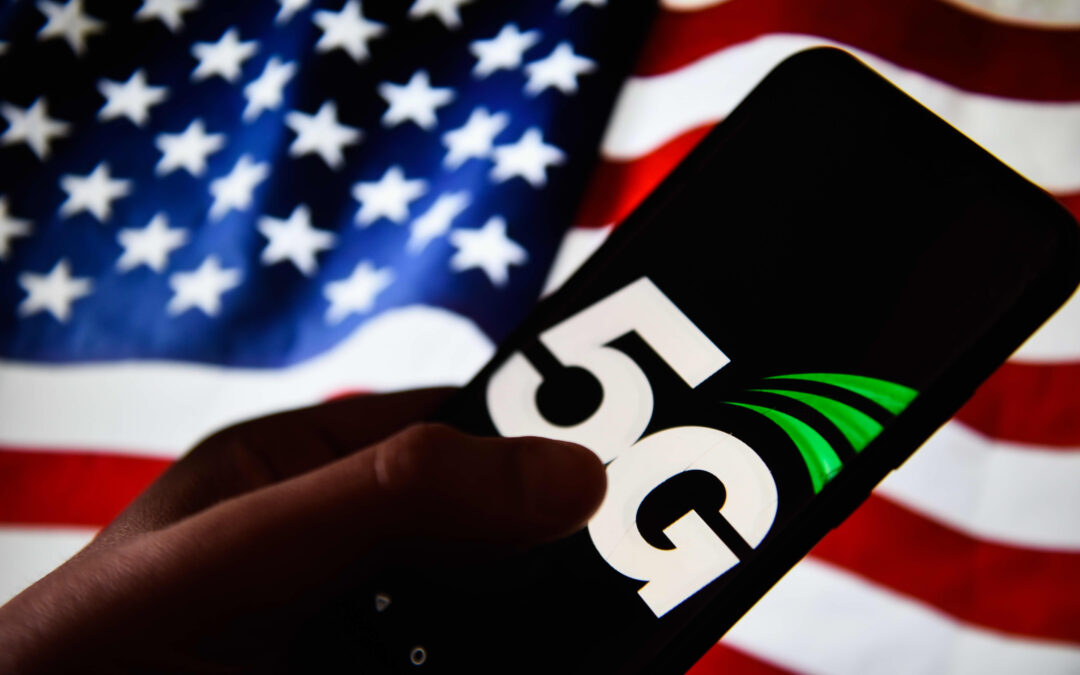 5G provides an infrastructure that changes the way you live, supporting faster mobile connections so that you can stream smoother movies, upload videos quicker, and connect more of your devices to the internet with fewer delays. 5G in the US.

However, due to multiple factors like testing and regulations, 5G can’t be rolled out instantly, so service isn’t available everywhere just yet. With that being said, progress is being made daily for a speedy rollout—check out the latest 5G news for updates. 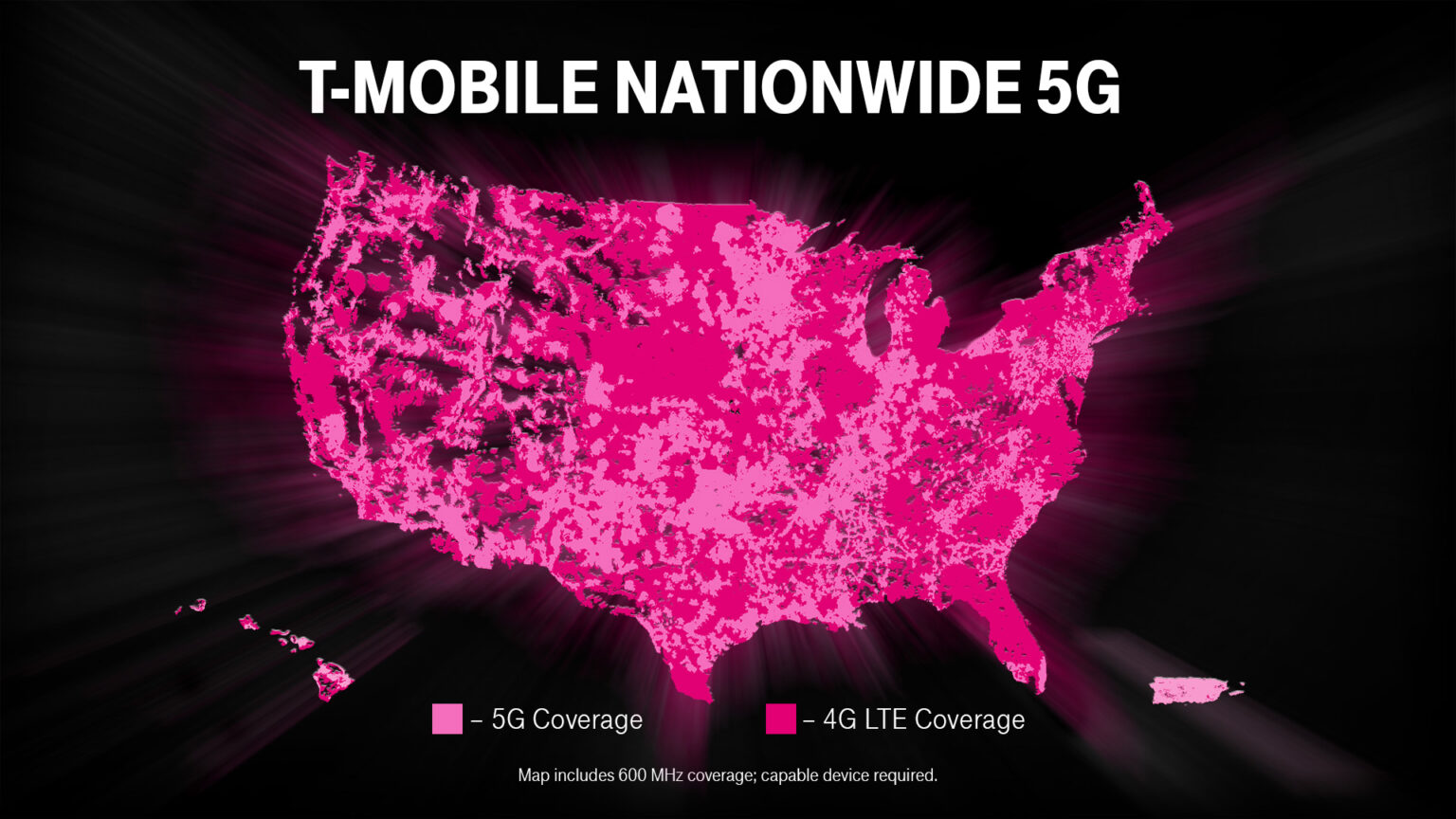 Verizon 5G Home Internet
Verizon customers with a qualifying plan pay as low as $25 /month for their home 5G service, or as much as $80 /month without Auto Pay. The 5G plans are month-to-month (not annual contracts), and have no early termination fees or penalties.

There are no data caps and subscribers can expect speeds ranging from 300 Mbps to up to around 1 Gbps, depending on location. This video from Verizon shows one 5G Home Internet user’s download, upload, and latency results.

Verizon Mobile 5G
Mobile 5G service from Verizon began in early April 2019 and is available in limited areas, with more expected throughout the year.

Sprint and T-Mobile merged into one company. If you’re a Sprint user, depending on the phone you have, you’ve lost 5G coverage in some areas where service was previously available.

In April 2021, T-Mobile Home Internet launched, which brings 100 Mbps speeds directly to eligible homes. At launch, over 30 million homes were eligible to sign up.

T-Mobile has confirmed that on the 600 MHz spectrum, one 5G tower can transmit signals over one thousand square miles.

Compared to millimeter waves which cover a very small area, low-band waves can blast 5G coverage over hundreds of square miles from just one cell tower.

Users can one day expect to achieve an average download speed of 450 Mbps, with maximum 5G speeds around 4 Gbps by 2024.

Google Fi and Simple Mobile are providers that use T-Mobile’s towers, so they also offer nationwide 5G service.

UScellular
UScellular’s next-gen service began on March 6, 2020, and at this time works in parts of Iowa, Wisconsin, Maine, North Carolina, California, Oregon, Oklahoma, Nebraska, Washington, and other states. It’s available through all of their plans. See the coverage map for details, and check out their phone offerings here.

The company began testing 5G for fixed wireless access in 2016 with Nokia, followed by rural and urban 5G testing with Ericsson in 2017. In early 2019, the company again tested various 5G use cases with Ericsson, like virtual reality, augmented reality, and massive MIMO, in both urban and rural areas. Their 5G Home Internet+ page advertises speeds of up to 300 Mbps in some locations. Here’s the current list of cities getting FWA.

Dish
Dish launched a beta version of their 5G network in September 2021. There’s a separate website where you can sign up to be alerted when the network comes to your area. It runs on AT&T’s network.

Dish plans to cover 70 percent of the US population by June 2023, starting with Las Vegas.

C Spire
C Spire, the largest privately held wireless provider in the US, launched a 5G fixed wireless access service in December 2018. It’s available for select customers across Mississippi. Check their 5G availability to see if next-gen service is offered where you live, or fill out this form to express your interest in getting it in your neighborhood. It’s said to offer no data cap, no installation fee, and no long-term contract, for $50 /month with 120 Mbps download speeds.

You can get it free by becoming a 5G Internet Hub Home, which is where you agree to let the company attach the appropriate equipment to your house which is then relayed to your neighbors, thus extending their network.

The 5G FWA service uses 28 GHz equipment provided by Phazr. Despite the standard service speed set at 120 Mbps, users have reportedly been able to achieve download speeds of up to 750 Mbps and upload speeds as fast as 600 Mbps, with latency as low as 8 ms.

The company’s president says that C Spire “plans to deploy fixed wireless internet service to thousands of consumers and businesses across the state over the next several years.”

In October 2020, C Spire rolled out mobile 5G in Mississippi. Brookhaven and Columbus were chosen as the initial 5G markets. In 2021, they unveiled a $1B investment to accelerate deployment in Mississippi and Alabama.

See their 5G phones for all the devices that work on their network. Customers on their unlimited plan can get 5G service for no additional cost.

Comcast
Comcast (Xfinity) offers 5G through an MVNO agreement with Verizon. It’s included in their data plans at no extra charge.

Their 5G network has been available nationwide since October 14, 2020. Check out Xfinity’s 5G coverage map to see where the network is available now.

Starry Connect is a program that provides free or low-cost 5G internet to buildings in low-income areas. See Starry: Technology to learn more about how they’re implementing 5G.

Nex-Tech Wireless
Nex-Tech Wireless and Ericsson reached a deal in April 2020 to deploy 5G. In March 2020, they were deploying 5G-ready sites, and in late 2021 began offering 5G service in these areas of the United States.

US Mobile
US Mobile is a mobile virtual network operator (MVNO) that operates on Verizon’s and T-Mobile’s networks. 5G is available on all of their plans.

Boom! Mobile
Boom! Mobile runs their service using other networks’ towers, and one option they have is 5G. Boom! Red is the plan type that supports 5G.

Access is now available on all plans with a 5G-compatible device, including iPhone 13, LG K92, and Samsung Galaxy S21 FE 5G; check this page for an updated, full listing of 5G compatible phones. For details on where those devices can reach 5G speeds, see the Cricket Wireless coverage map.

Cellcom
Cellcom’s 5G network is available in parts of Wisconsin. Expansion is expected throughout 2022. See their 5G devices for your options.