Wom seeks one million users in its first year 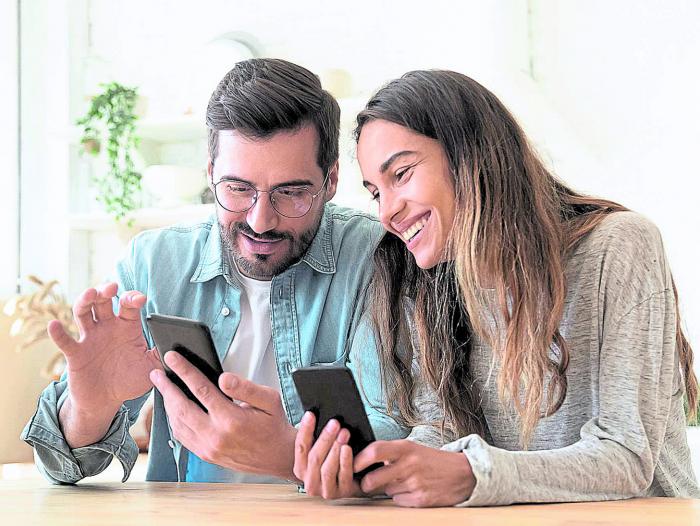 The new operator launches its commercial offer at the start of its operations. Your initial move is the first month free on postpaid lines.

The interconnection with Tigo is part of Wom’s pending to start its operations in Colombia. The company announced last Wednesday that it completed all the technical, legal and regulatory processes and that “it receives the competition with the best mobile network in Colombia, according to studies by Opensignal, Ookla and Tutela . “

So, the fourth and new cellular operator of the country already has everything ready, has tested and interconnected their networks with competitors their commercial offer to make official. (Last Lo: Wom launch prices of mobile plans and offer cell in Colombia)

In its first move in the country’s commercial offers, the fourth mobile phone operator in Colombia,enabled a registration form on the website www.wom.co so that interested parties could be contacted to learn about the company’s offer and services and those registered until March 31 will receive the first free monthly fixed charge in any of the postpaid plans that you will have in the country.

The company will announce its commercial offer through a television advertisement that will be broadcast at 7:15 p.m. nationwide, they have 100 stores and 80 kiosks available in 30 cities and users who register on their website until 5:00 p.m. : 30pm today, they will not only give you 1, if not the first 2 months free and 20% discount for the next 5 months in the basic monthly charge, when porting to any of the postpaid plans that will be available in the country.

“We want to give a great benefit to the more than 200 thousand Colombians who have believed in us, with whom we will be communicating or who can approach one of the stores to access their benefit. We arrived to transform mobile telephony because we know that Colombia deserves more and this is what we are going to give them ”, added Germán Giraldo, Vice President of Marketing at Wom.

In addition to completing the interconnection processes with all the operators, Wom opened three Contact Centers in Bogotá and hired more than 1,000 service agents, to provide the best customer service.

All offers will be enabled on the same website, according to Chris Bannister, CEO of the company, the fight for the user is going to be intense.“We are in the final stretch, with most of the preparations ready, we started the countdown to the launch of our services. We analyze the main ailments of Colombians to change operators, and we believe that the arrival of Wom will not only stimulate the market, but will also bring many innovations and more competition, as well as better prices, and that is undoubtedly very exciting “ said, the manager.

ARRIVALS ON THE MARKET

According to the Communications Regulatory Commission since 2009,The date on which the general authorization conceived in Law 1341 was made and agents were allowed to enter the market under different business models, and in particular Virtual Mobile Operators, only two Mobile Network Operators have entered the Colombian mobile market .

In 2013 Avantel started under a mixed operation scheme with its own network and operation under access to National Automatic Roaming, Ran. For its part, ETB, in alliance with Colombia Móvil-Tigo, was also a spectrum winner and its operation also corresponds to a mixed scheme, in which wholesale network access is supported by Tigo’s network.

In the case of mobile operators whose business model does not include being awarded spectrum or deploying their own networks, as of March 2020, seven had entered the Colombian mobile market: Móvil Éxito, Flash Mobile, Suma Móvil, Uff Móvil, ETB, UNE-EPM and Virgin Mobile.

The CRC emphasized that through the last two auctions in the sector, the Unión Temporal Colombia Móvil – ETB and Partners Telecom Colombia, now Wom
, were enabled .
THE ROADS OF THE MAIN THREE

Claro has been in Colombia since February 14, 1992, when Celular SA was created and later renamed Comunicación Celular, Comcel SA, 27 years have passed and the company that today has a 4G Mobile Internet network high-speed services in 1,074 municipalities in the 32 departments.

“It is the mobile telecommunications operator with the highest coverage in Colombia, it has a 2G, 3G and 4G signal in 1,123 municipalities of the country. It also offers fixed telephone services, Broadband Internet and cable and satellite television to Colombian homes, with the 4.5G network it reaches approximately 830 municipalities, it completed 8,917 base stations in the country, at a business level it has three Triara Data Centers, two in Bogotá and one in Medellín, 90,000 kilometers of fiber optics and 17,500 kilometers of submarine cable ” , the company highlighted.

In 2004 Telefónica bought Bellsouth’s operation in Latin America, eight years ago they have been an integrated operator like Movistar.

The company is in 266 municipalities with fixed broadband, 965 with mobile telephony with 4G LTE technology (425 with its own network and 540 with RAN). It closed the fourth quarter of 2020 with a customer base of 19.4 million throughout the country: 16.3 million mobile lines, 1.2 million broadband customers.

For its partTigo changed its name in 2006 and had 2.7 million clients. There are currently 12.5 million prepaid and postpaid mobile users of which 5.5 million are on 4G, “in the best mobile network in the country. Tigo has been an innovative and pioneering operator in Colombia, it was the first to deliver micro-charges for its users, it sold unlocked smartphones, it provided 4.5G network services and in 2017 it was the first to test 5G, ” Tigo said.